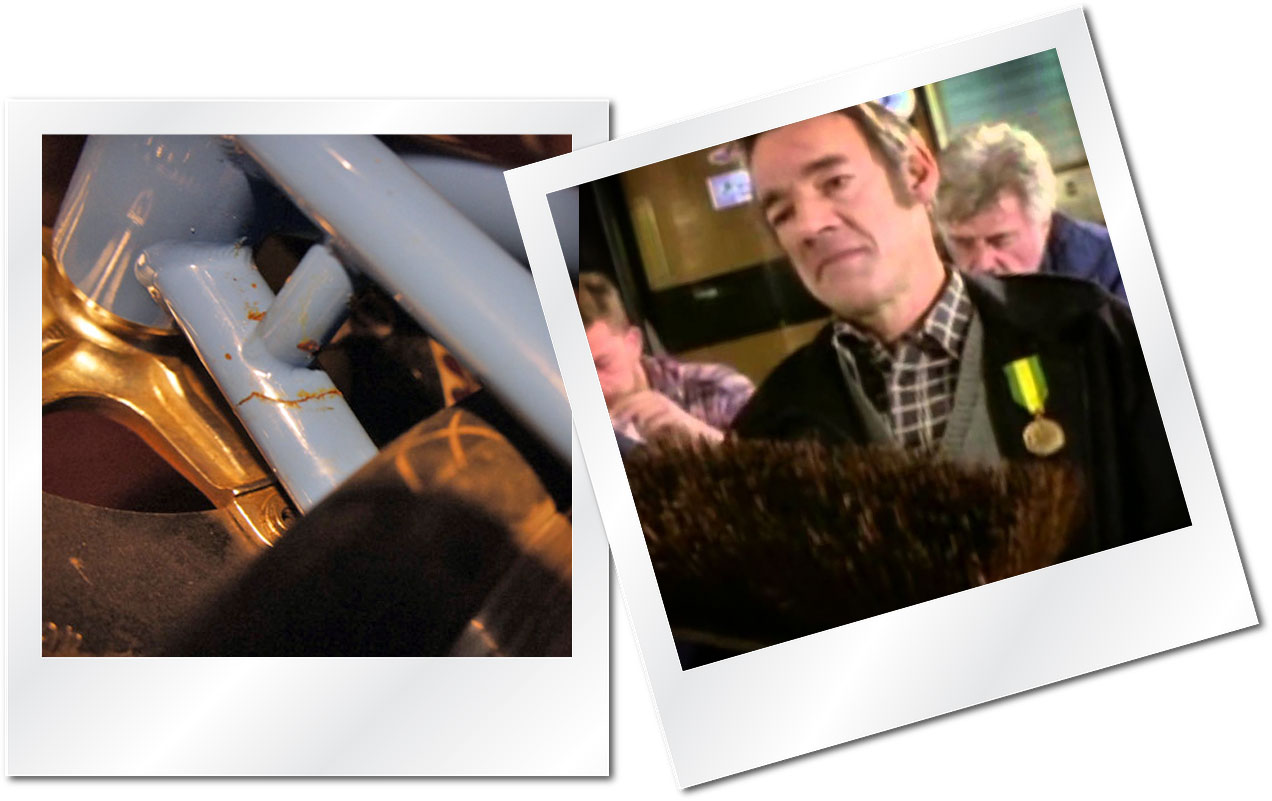 As I approached the blind corner I get out of the saddle, kicking a bit harder to help me up the hill that lay around the bend. With a car tucked in tightly behind me, waiting impatiently for a clear road, I heard a loud ping from behind me. Nowhere to stop and check, I glance down: Garmin and lights, still there; saddle bag, in place. In the light of the car headlights I see my wheel weaving wildly beneath me. Another spoke gone, the third one in 5 weeks. These wheels are done! Damn it, this cheap winter bike is becoming a bit “Triggers Broom”*.

There will be no awards for me saving money. I’ve only just replaced the frame! Now I’m looking at a new set of wheels. It’s a fixed wheel winter hack; nothing to go wrong they tell me. Except so far the frame has snapped, the chain and sprockets have worn out and the rear wheel has had enough. So apart from that, and few punctures; yeah apart from all that it’s been very reliable. And with a list like that, you will be asking the same question as they did about Trigger’s broom: “So how is it the same broom(bike) then?”

So I appear to have paid £140 on eBay for a set of handlebars, stem, knackered headset and crank arms. That’s all that is left of the Genesis flyer I thought was such a bargain. “That’s a lot of bike for the money” the bloke said when I picked it up. Oh how pleased I was with my bargain that I’d “won”, because it did feel like I’d won it at that price, not bought it.

The saddle was bare plastic, the seat post not long enough, and the tyres suffering from large cuts with canvas showing. So yeah it wasn’t perfect, it needed some reliable parts (more new parts). But the frame was Reynolds steel and they last forever don’t they? Apparently not, as by January of its first winter, the rolling hills of my commute (and whatever had happened in it’s previous 5 years of life) coupled with the 48×15 fixed gear seemed to be too much for the driveside chainstay. A crack appeared, then quickly grew. I monitored it as I kept riding, but it was over. Repair? With paint it came out more expensive than I’d paid in the first place. Replace? I think I’ll wait for a sale.

So a few months after I bought a frame in a sale, and new brakes (longer drop to fit the new frame), and bottom bracket (as I couldn’t get the old one out), and cables, and bar tape; it’s “Cyber Monday” and I find myself desperately looking for a set of wheels on sale before all the deals are gone.

The final result is a bike that is almost identical to a Holdsworth La Quelda (from Planet X) a bike that sells for £399. Only it’s taken me about 18 months to piece it together, I had to do without it for 6 months whilst I waited for a frame to come on sale, and yes when you work out the cost I’ve spend over £399 to get here. Ok so it’s not had 17 new brush heads and 14 new handles, but that was over 20 years. So far I haven’t even owned it for 2 years, if I manage to keep my winter fixie alive for 20 years I’ll have another count up.

* For those unfamiliar with classic British comedy the joke is that Trigger is given an award for saving the council money by using the same broom for 20 years. The “old” broom was well maintained and had 17 new heads, and 14 new handles in its time. When it’s pointed out that it can’t be the same broom, Trigger produces an old photograph of the broom to prove it’s the same one.