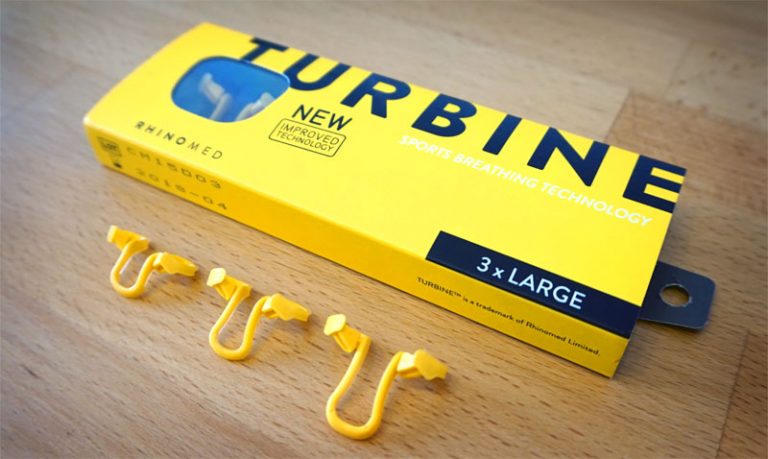 I’ve been testing out Turbine, a breathing assistance device, over the past few months. You may have seen some bloke on the telly using it over the past few years, Froome or something. Perhaps you’ve heard of him? He won a yellow jumper or something. Or perhaps like me you just though he had his nose pierced and wore a ring in it? Anyway, that’s a pretty big endorsement. So whatever I say about it you’re already intrigued right?

It’s a pretty simple idea, use something to hold your nostrils open. Something that makes a huge difference when breathing hard through a nose, as the air pressure normally closes the nostrils and makes hard breathing difficult.

I received my sample pack and there are three sizes to choose from. The different sizes are more for the length this device inserts into your nose rather than the width to fit your nostrils. There is a ratchet mechanism that allows the nostril width to be adjusted, but that doesn’t work for me as it just closes up again when I insert it, perhaps my nostrils are narrow.

First impressions are that it’s well made but looks like a torture device. I was relieved to discover that it is actually comfortable, and to be honest I forgot I was wearing it most of the time. The only time I thought about removing it whilst on a ride was in heavy rain. The “ring” that sits outside my nose became the new low point on my nose, so rain water running down my face collected at this point to drip off but ended up obstructing my breathing in through my nostrils. It was still easier to breath in than without the Turbine, but it became a little irritating.

At £16.99 a pack of three, (available from Boots – other retailers are available) they are under £6 a piece and they are recommended for use up to 10 times (so ~60p a use). I’ve been rinsing mine off between uses and have not seen any damage or breakdown of the device. So I guess the usage limit is down to hygiene rather than fatigue.

So the big question is really why do you need this?

Well breathing in through your nose is the best way to breath, because if warms, moistens and filters the air before getting to your lungs. For me the warming and moistening is something that I would welcome on cold crisp winter days. For the rest of the year the filtering is a benefit. Anyone who’s been to central London for the day and pulled out “black bogies” will realise that the nose is quite good at filtering out the bad stuff. On a dry and dusty summers day, long rides often leave me with dust on my chest, making me cough if I breath in too deeply.

As for delivering more air? Well I’m afraid I still used my mouth as the main source when I was really going for it. On more sustainable efforts however I was able to keep a sold breathing rhythm – in through the nose, out through the mouth – and up to a much higher level of exercise intensity than without Turbine fitted. Without it fitted my nose is pretty useless for breathing at anything like a fast cycling pace. With Turbine fitted I’m constantly surprised with how easy it is to breathe.

I felt a bit self-conscious wearing it at first, but actually it’s been a talking point and I often get asked about it and if I find it works for me. I guess it depends on your attitude and how important performance is to your cycling, If you turn up to a race or sportive wearing it then you look serious.

I chatted to another rider on the Dragon Devil ride who was using it, and he said “I’ve got so used to it I can’t ride without it now”.

I’ve used mine recently to warm up for some short criterium races, and found I didn’t want to take it out for the race. I was then used to it, why would I want to make it harder to breath for the actual race? At race pace in the shelter of other riders I was able to use my nose. When on the front and chasing down attacks and sprinting it was all about my breathing through my mouth. I guess that’s the main point, once you’re used to breathing with it you’ll use it. Don’t expect to be blown away by the performance on your first ride, if you’re used to breathing through your mouth and have no intention of doing anything other than that then it’s not for you. Get used to it however and it offers easier nasal breathing at higher exercise intensity than without it. I like it, but it won’t be for everyone.

Whatever you call them, “snot rockets” or “postman’s blows” you can still clear your nostrils (in the most spectacular way) by blowing through them with Turbin fitted. The only difference is that you need to block the end of one nostril instead of pressing it shut. So no worries there. 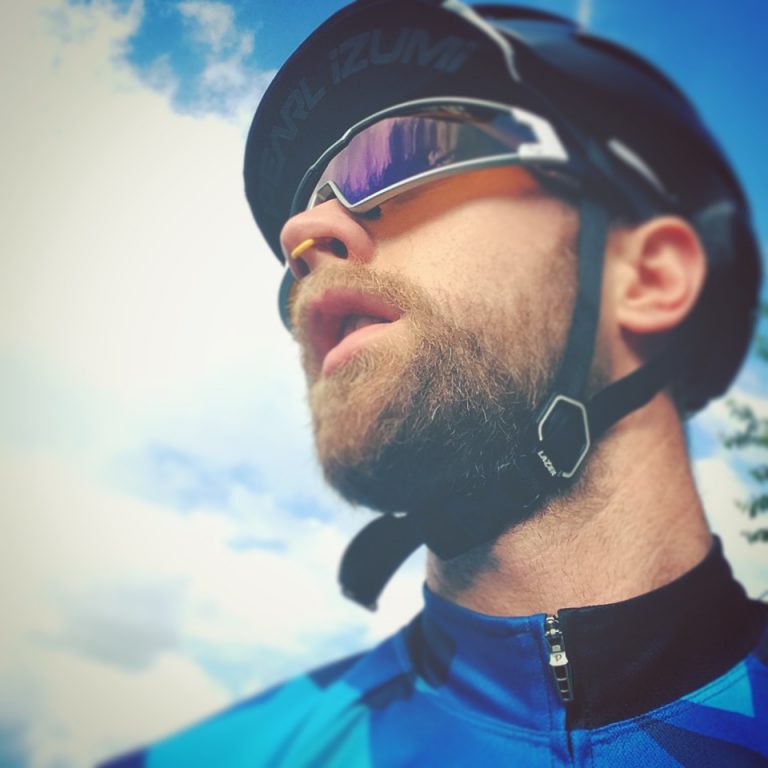 The only real issue I have with it is what to do with it after the event/race/ride. Yeah I’ll wash it when I get chance, but until then I’ll have to put it somewhere. Back in the packet is sensible, but I’ve left one in the car and stuffed one in a jersey pocket. I guess the snot covered device hanging around in the car is more of a problem for my Mrs that it is for me, it’s my snot after all.

Whether you like it or not we live in a time of marginal gains, so if you want to use it for filtering out dust on your 100 mile sportive, focusing your mind on your breathing during a painful TT effort, or as just some easier breathing during a race; at 60p a go it’s worth trying it out right? Compared to other marginal gains; the carbon wheels, aero bike frame and aero helmet the price is quite appealing.

One point though, I wouldn’t want to crash face first into anything whilst wearing a piece of plastic up my nose. If you’re accident prone, save it for that TT instead of the bunch sprint.